Generally moccasins are recognized by the vamp apron with defined stitching creating a soft and flexible construction. Moccasins can be made with or without hard outsole

The moccasin has a single layer section forming the insole and quarters. The last is put in the insole and a vamp “apron” stretched on top of the last. The stretched apron is stitched to the gathered edges of the quarters around the last creating the characteristic look. The outsole is then either attached by cement or by blake stitching. 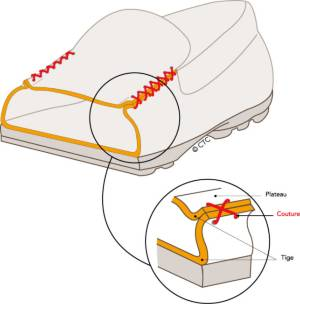 Although sturdy yet flexible the construction with a single vamp is not very water proof since the seam line offers a path for water to get in. There are silicone coated thread and other treatments to improve water resistance but eventually this will wear off. To deal with this situation either a double vamp or a triple vamp construction can be used.

With the use of multiple vamp sections the stitchings are placed in different locations not to allow water seep through more than 1 layer.

The word Moccasin does not originate from one source but comes from a variation of north american phonem usually meaning shoe. In Powhatan, a native american tribe in Virginia, the word makasin meaning shoe. The word stuck from there most likely since they were the first tribe to have contact with white settlers. From southern New england Algonquian makkusin and the munsee delaware Mahkusin.1 Also the Proto-Algonquian word maxkeseni.2 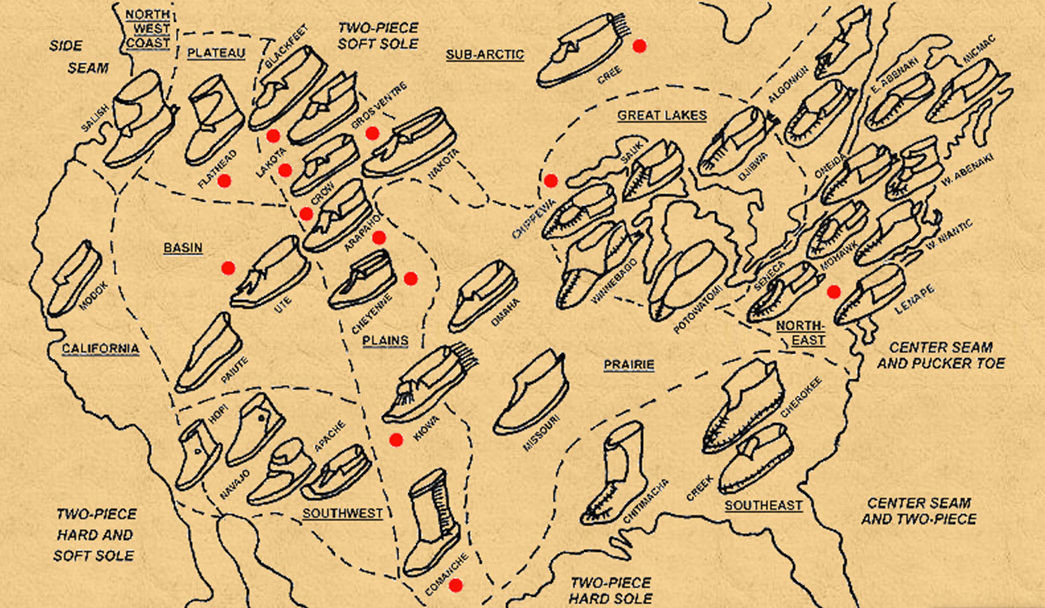 As seen on the map each tribe has there are many different varieties of moccasins and some of the tribes could be directly identified by their moccasins. The Blackfoot and Chippewa nations got their names from the type of moccasins they were wearing.

As climate is different the moccasins was also different. Some needed a more hard sole, to protect against rocks, or cold. Moccasins from the Apache tribe was for instance featuring a turned up front to protect seams from getting worn out. 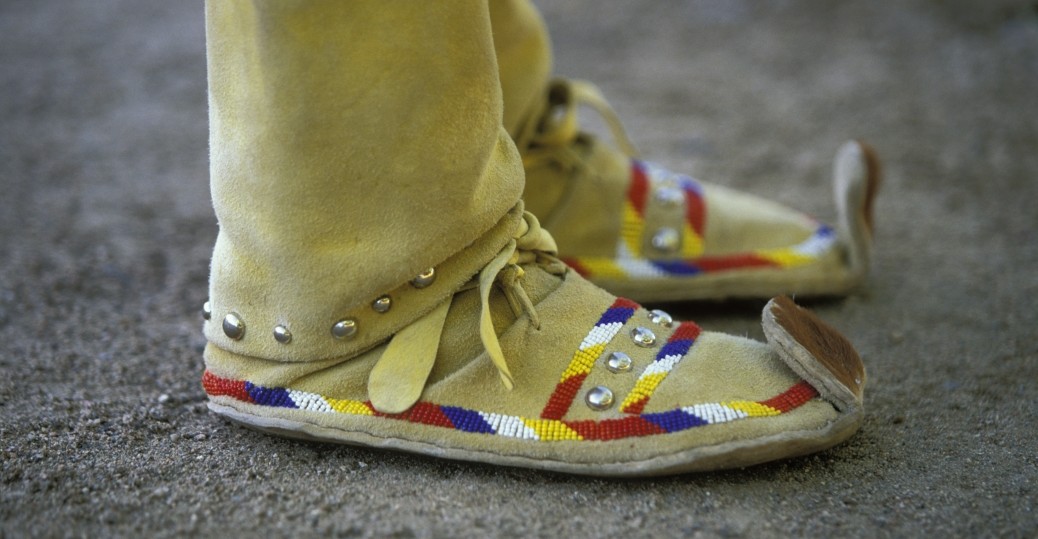 Other extremes, though not fully classifying as moccasin construction, is the Inuit Makluk. The cold climate needed a warming and insulating moccasin. 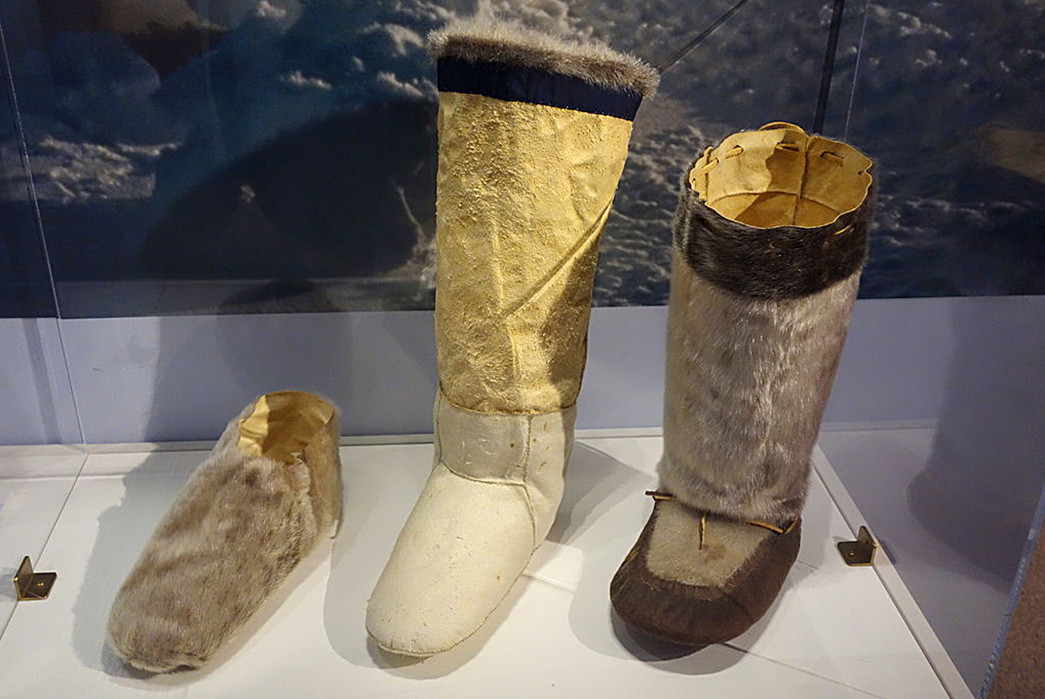 You start by the far left shoe to keep your foot warm. Then you put it into the middle boot and finish it of with the right boot to keep you covered against snow entering anywhere.

Today moccasin construction is seen in either classical moccasins but also in traditional loafers. More about loafers in a separate article. 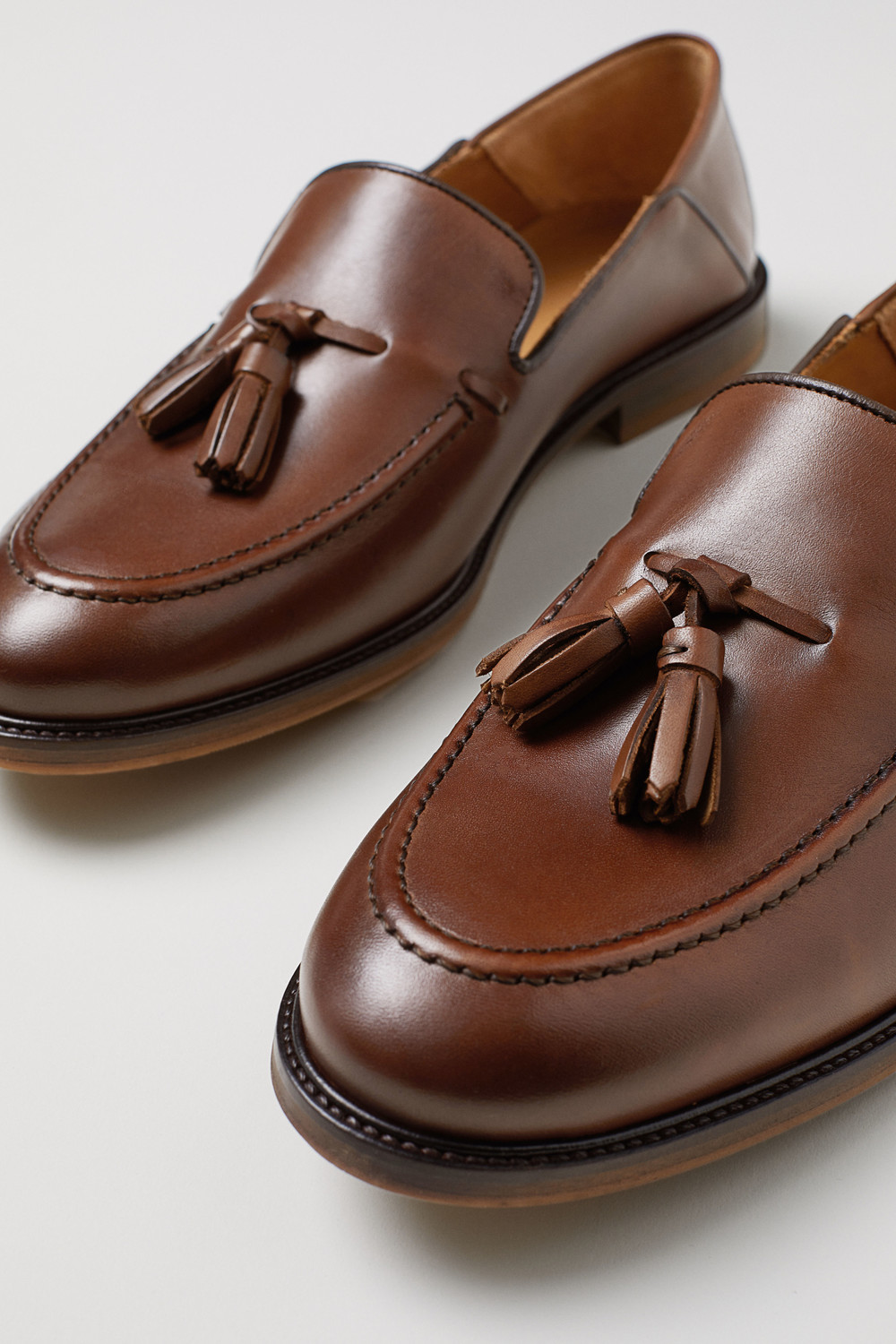