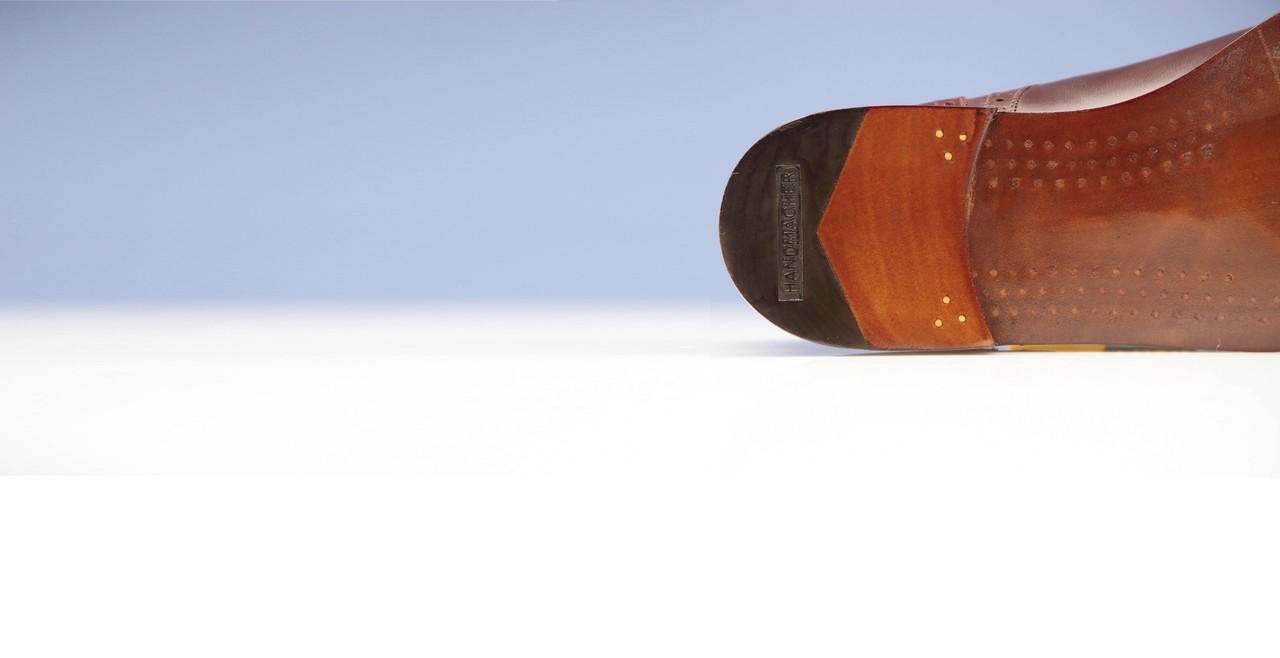 A construction method where the upper, insole, midsole and outsole is attached with pegs, either made of wood or brass. The shoes are constructed without any glue. Not very common nowadays but a few high end bespoke brands offer this for classical men's shoes. You can see the pattern on the outsole of multiple small pegs. The global production is comparatively small.

The upper is firstly attached to insole with lasting tacks. In order to attach the outsole to upper and insole one or two rows of pegs, either of wood or brass, are used. They are carefully hammered in by hand.

Even though not fully pegged some shoemakers prefer to wood peg the waist of the shoe. Mainly for appearance but it can also provide a tight fitted, sturdy waist if done right.

Cross section of a pegged shoe

The shoe pegs originate from the beginning of 19th century. Some sources attribute the invention of the shoe pegs to a Joseph Walker in 1818. 1 Others say it was introduced around 1810 in multiple towns in Massachusetts but also Connecticut. An, at the time, well placed shoe maker placing orders for pegged shoes up to 3000 pairs stated 1822.

“Pegged shoes were introduced in 1815; previous to that all boots and shoes were sewed, or nailed with copper nails, for the Spanish market”
Source: Bryant, J (1891) Shoe and leather trade pp 42, 48

At the time the sewn shoes were dominating but the introduction of pegged shoes substantially reduced costs. This was mainly due to productivity increase and less labor work compared with sewn shoes. Where a sewn shoe needed multiple processes the pegging technique required less. As a result one pegger could do the work of two to three stitchers in bottoming teams. The U.S. Commissioner of Labor report of 1898 was depicting the situation in the 1860s: where 123 labor hours were used to sew and turn 100 pairs of men´s brogues only 42 hours of peggers were needed for the same quantity and style.

The pegged shoes were due to the construction more stiff and rigid compared to stitched shoes but the price justified the decreased comfort. In 1845 a dozen of pegged boots cost 25,5$ compared with 39,9$ per dozen for sewn boots of same quality. 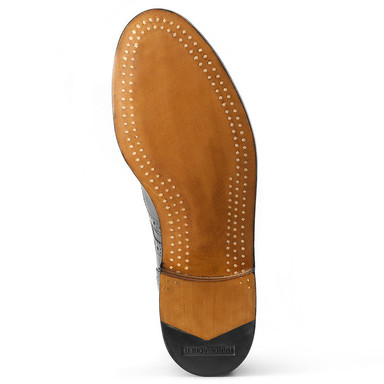 Outsole of a pegged shoe