Sandal type with long history identified by the simple outsole and normally a Y-shaped strap design. The straps are attached to the outsole where the foot is secured with the strap between a toe. Flip Flops have an open, simple design without laces, buckles or velcro with only a strap as a toe post.

The first recorded encounter of flip-flops originates from 4000 B.C as part of wall paintings. 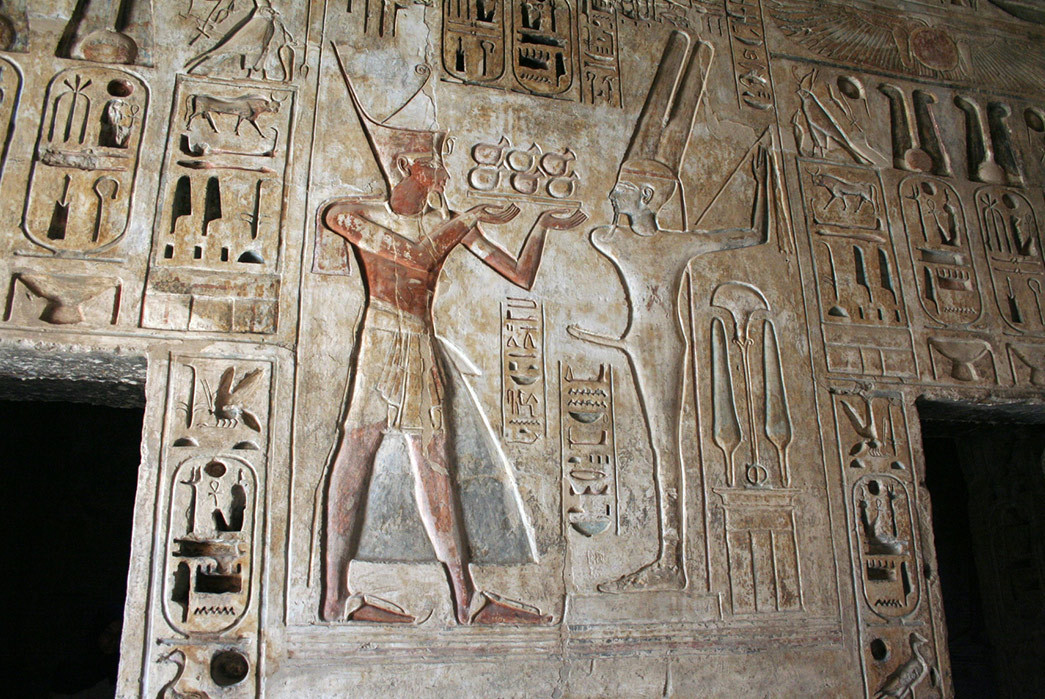 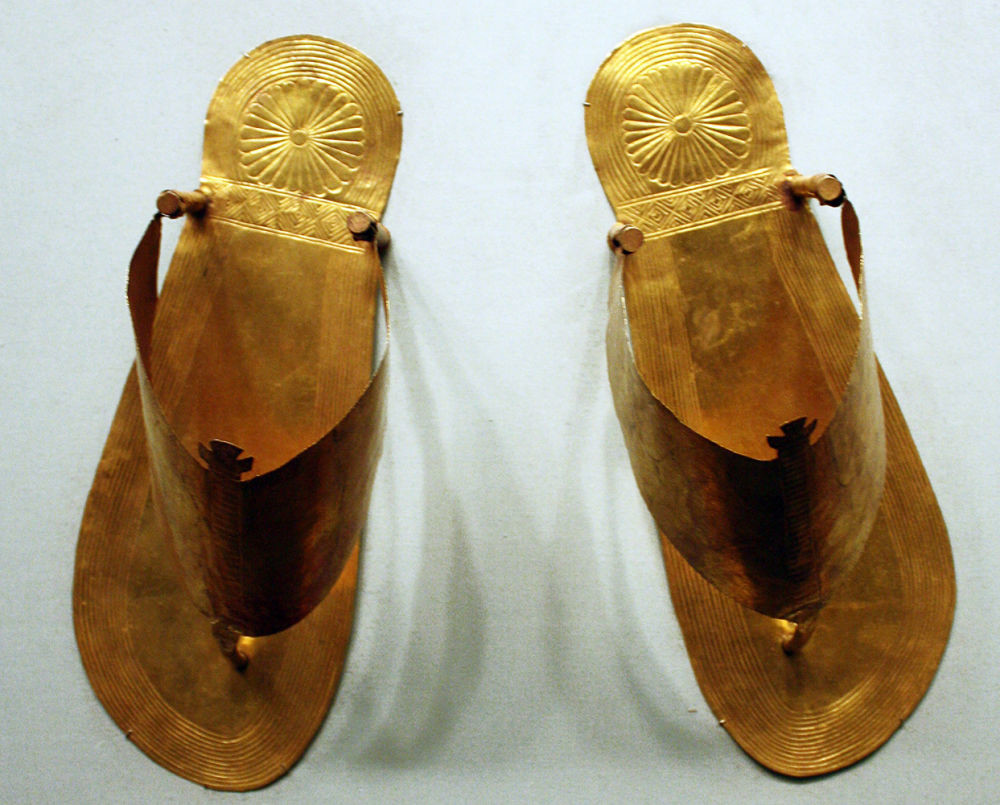 A pair of gold flip flops found in the tombs of the three minor wives of Thutmose 111, of the Ancient Egyptians.

The oldest known, currently existing, pair is from 1500 B.C and is on display at the British Museum. They are made from papyrus which along with Palm leaves, were the most common materials used for making footwear in Ancient Egypt. In other regions, similar constructions were made but with the resources available locally. The African Masais used raw hides, in India sandals were normally made out of wood where the material of choice in China and Japan was rice straw. Sisal plant leaves were used as a base for sandals in South America and in Mexico yucca plant was the main raw material source. 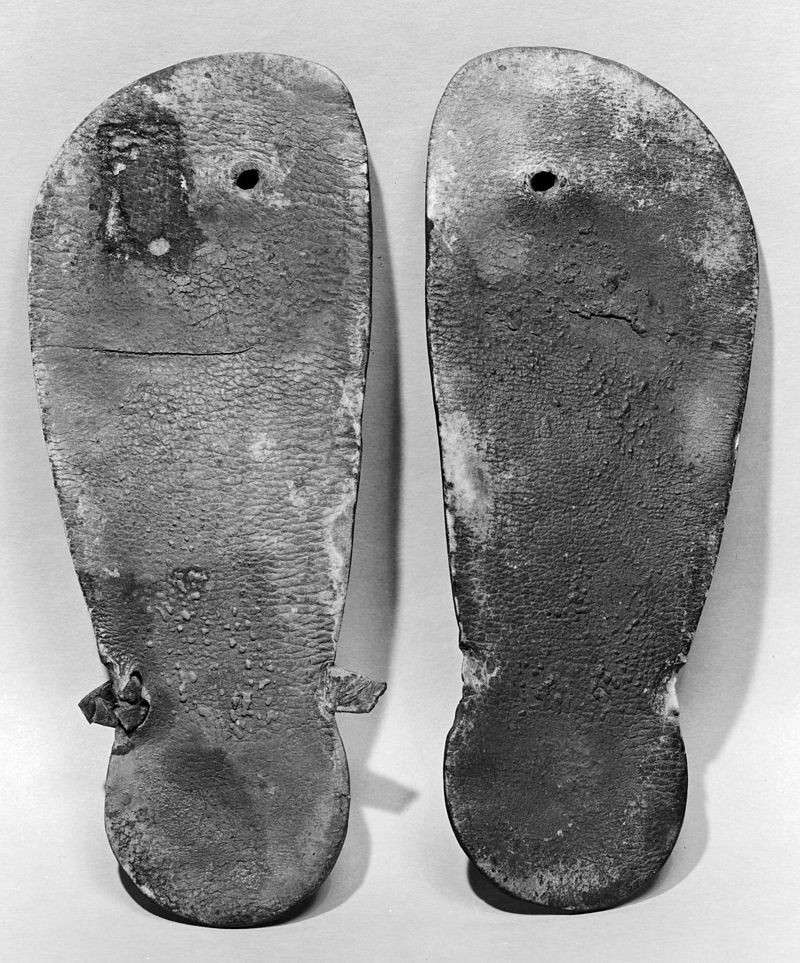 The flip flop as we know it became popular when US soldiers returned from World War 2 and later on also after the Korean was, bringing souvenirs from the countries they had been. They slowly got embraced by the American popular culture and with that also redesigned in new colors. They became a popular item in beachside stores due to their ease to take on and off as well as their relative comfort.

In 1962 a Brazilian company, Alpargatas S.A., started marketing a version of the flip-flop called Havaianas. by 2010 more than 150 million pairs of havaianas were produced annually. 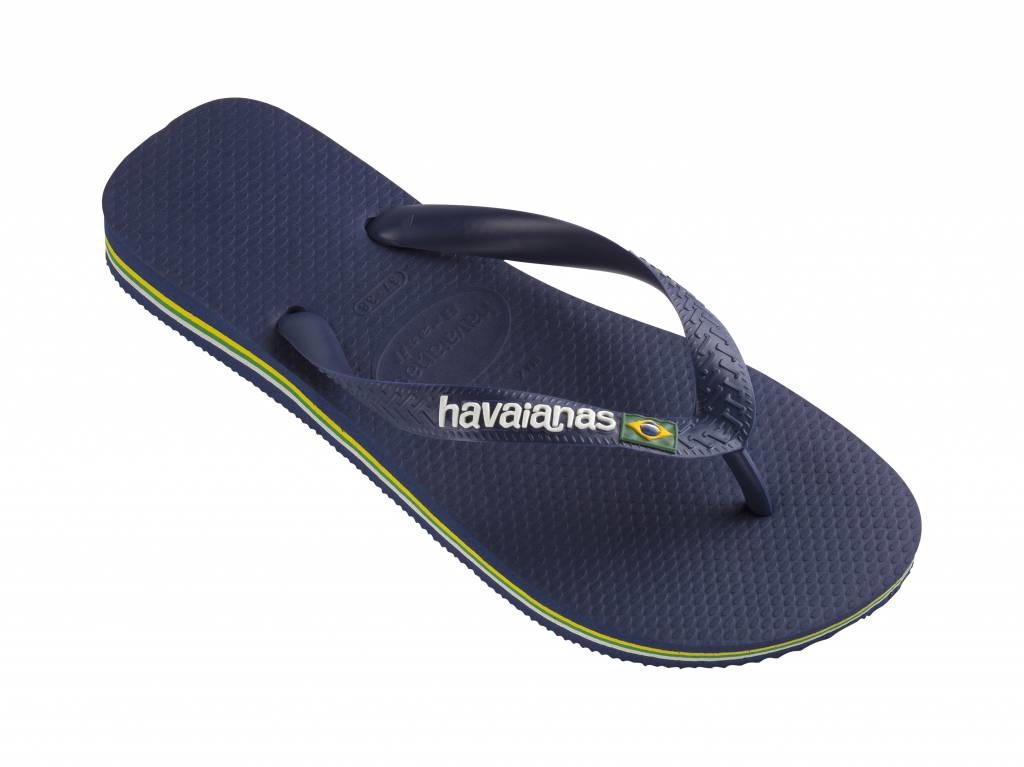 Depending on type of flip flop the production complexity differs. Making EVA sheet based flip flops is is relatively straight forward where leather outsole molded flip flops is a more time-consuming process.

Sheets of EVA or other suitable material is cut into the desired shape, either by hand or by cutting dies. This will be the flip flop base where holes for the strap is punched at the same time. 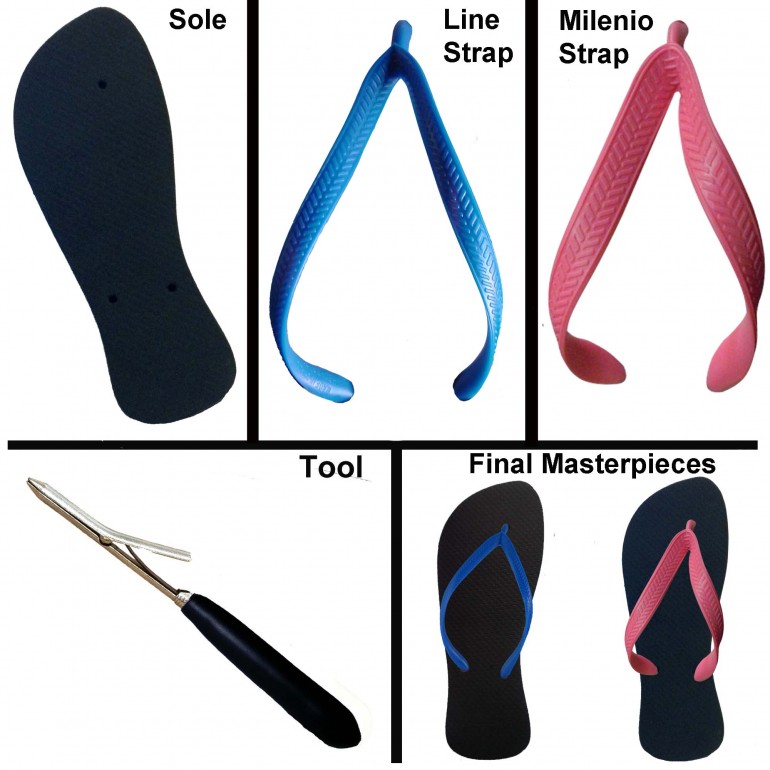 Components for a sheet flip flop

How havaianas are made.

Flip Flops can also be printed with various different methods to achieve the print desired. The most common is screen print, roller print or digital print.

Where sheet flip flops is by quantity the by far biggest production more constructed flip flops are also common on the market. They are normally made by a cementing process with a big variety in the design complexity and layering.

Flip Flops are known under many names some of them are:

Japanese sandals usually with characteristic squared outsole and thonged. Traditionally made from rice straw or other plant fiber but also possible to find in different kinds of plastic nowadays. 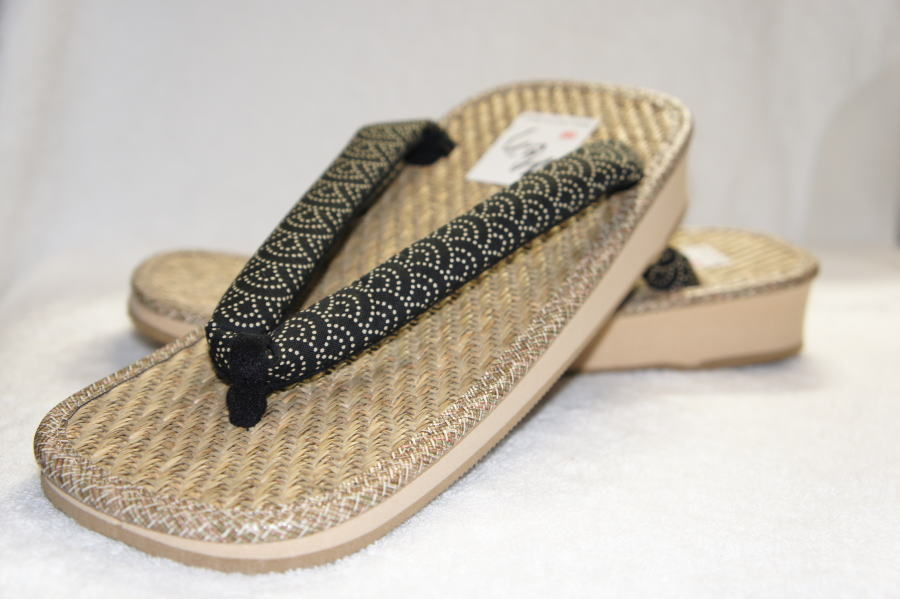 A pair of traditional Zōri

The thong is referred to as hanao(鼻緒) and is generally placed symmetrically on each shoe making left and right shoes identical.

Zōri is formally used together with Kimono where level of formality defines which kind of Zōri to use. In Japanese culture it´s common to take on and off shoes in different locations. Tying shoelaces is impractical in a tight kimono but Zōri is quick to slip in and out.

Very similar to Zōri but with a platform outsole with two blocks having contact with the ground. the outsole is traditionally made from wood with the two blocks attached to one solid piece of wood. Originally invented in China and then later brought to Japan.

A pair of Geta. A style which lately has increased in popularity.

Japanese platform sandals. The platform generally made from wood giving them a very distinct sound when walking. Started to be used during the 18th century by Japanese maiko (apprentice geishas). Usually worn together with kimono where the high platform protects the kimono from touching the ground. The strap color symbolises the progress in becoming a geisha. 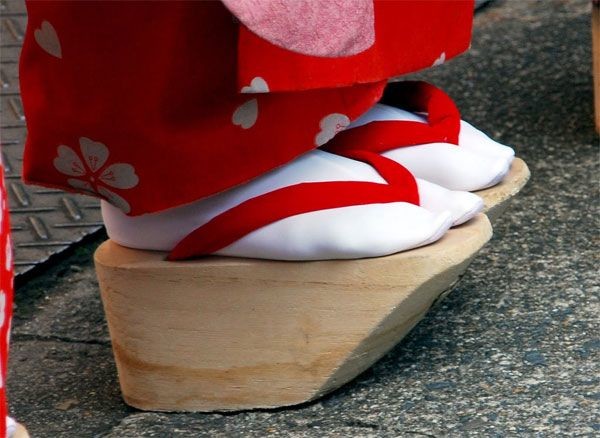 A Geisha wearing Okobo sandals to protect the kimono.

The Paduka is the oldest form of footwear from India being present in sculptures from 200 B.C. The toe post is placed between the big toe and the second toe to fasten your foot. They are originally made from wood but have been made from many different materials depending on availability and class. They are today mainly used in Hindu religion.

A pair of ornamented Padukas