Dressed type of shoe with strap and buckle to secure the foot. Normally featuring one or two straps. It´s considered to be one of the youngest shoes still to be considered a “classical” mean´s shoe.

While not possible to exactly determine how the monk shoe came to be there are scattered reports. It´s possible to trackback closed shoes with buckle and strap to the medieval ages, around the 13th century. While this also resembles the concept of a Mary Jane it also has the characteristics of a Monk shoe. 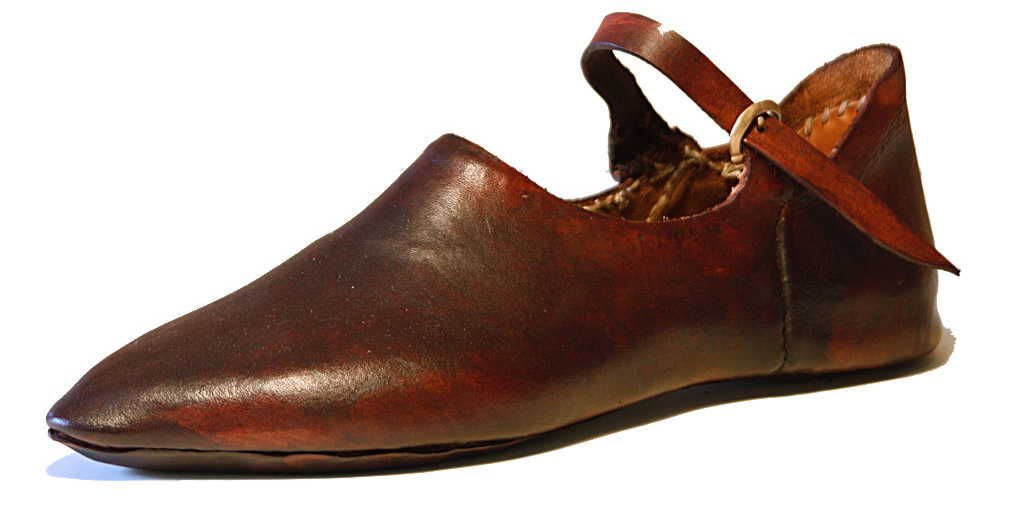 There is also a legend about a monk in the alps during the 15th century who created the original shoe, later to be known as monk shoes. It got widely spread when an Englishman visited the area, took notice of the shoes and brought them back to England. Well back in England they quickly rose in popularity creating the foundation for today's monk shoe.

However, the first record of the monk shoe in its current form is from the beginning of the 1900s. Traditionally there was only one model, the single strapped monk shoe. With time a two buckled version also appeared and gained popularity. It´s these one and two strapped monk shoes that are considered traditional, more straps are a fashion niche. 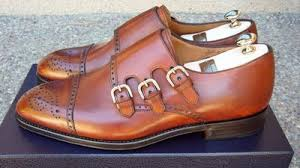 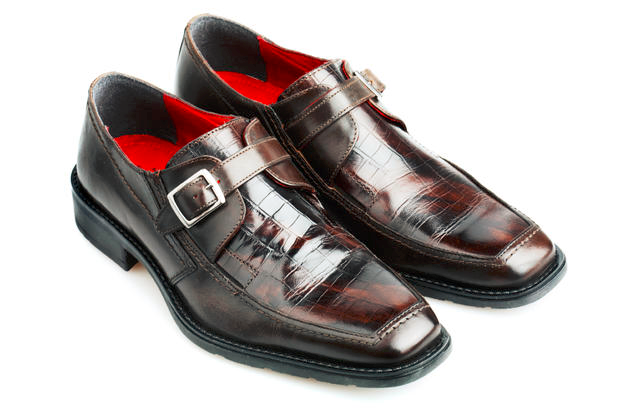 The oxford category is not defined by a specific material. It can be made in leather, synthetic or textile. 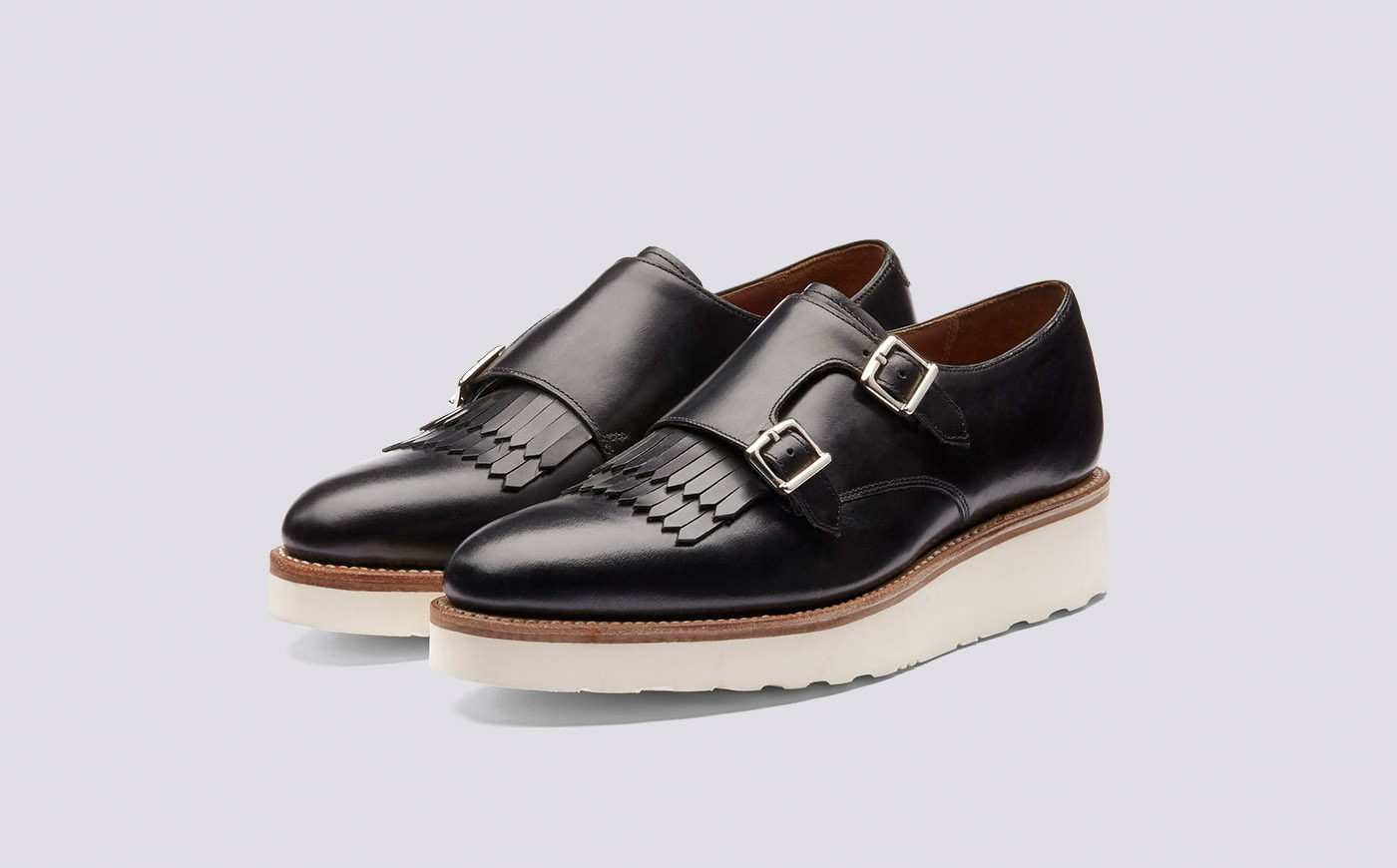 Can come in many different appearances for all genders. 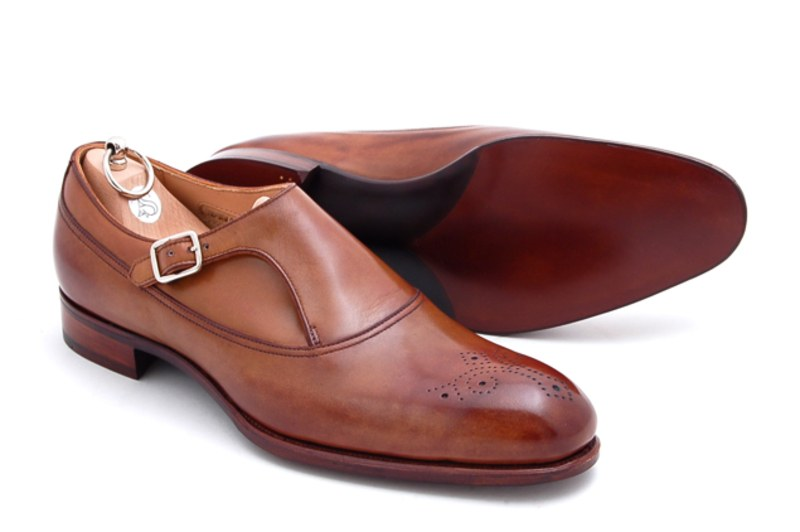 Can be made both with one or two straps. A significant angle on strap fastened with a bigger degree of inclination towards the ground gives the characteristic appearance.

Applying the Monk strap fastening and look on a boot. 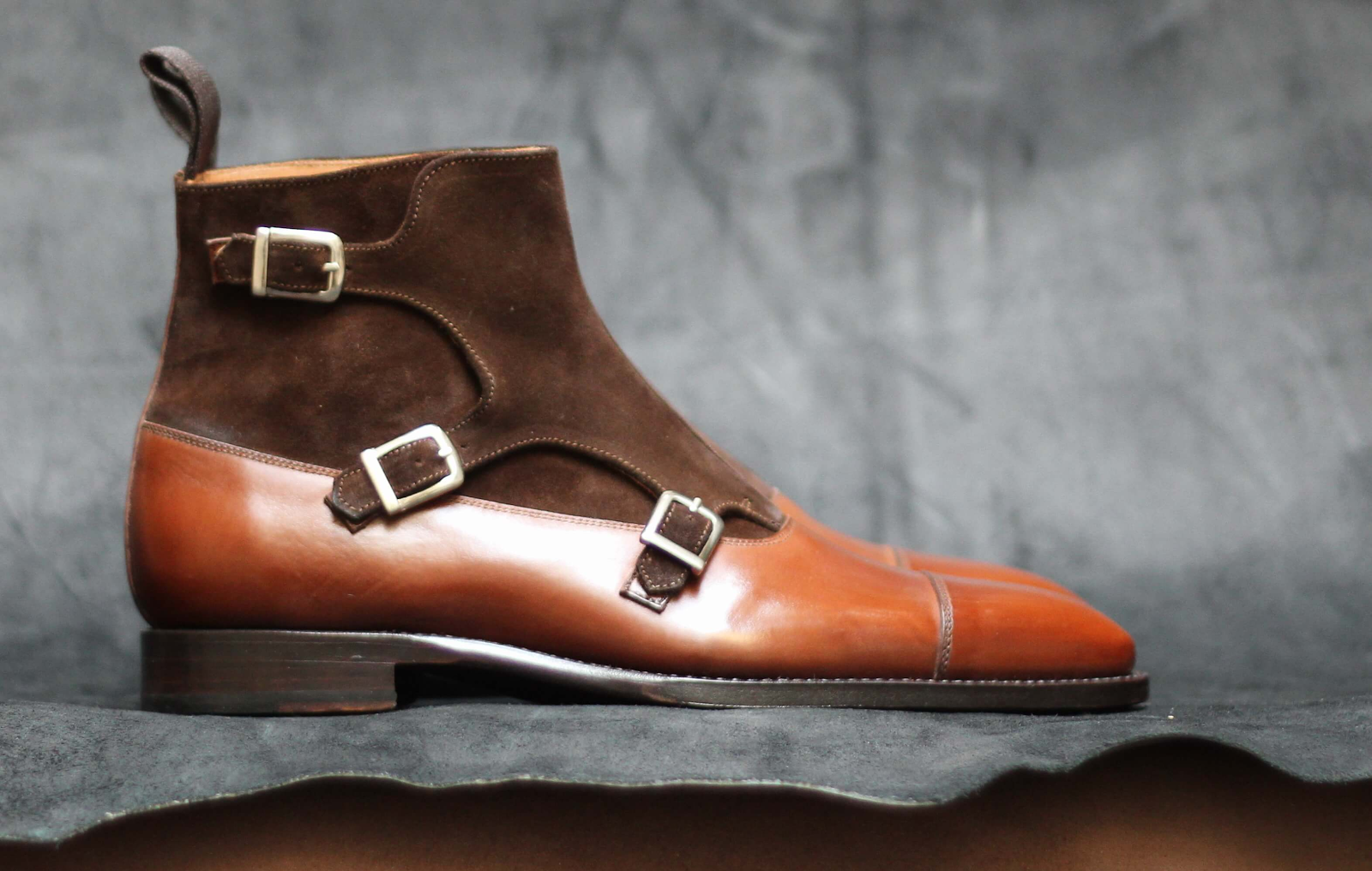 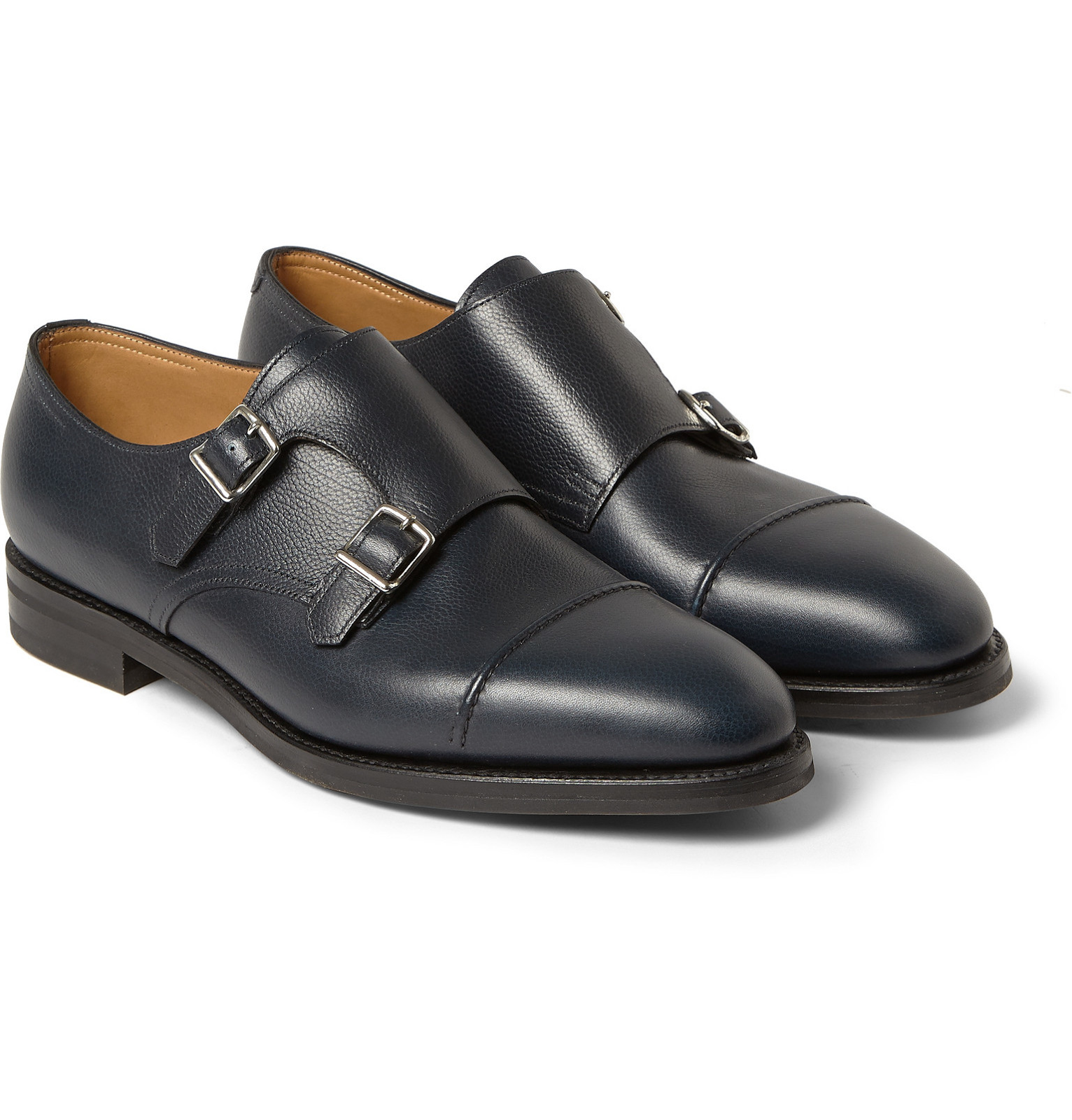 Similar to the plain monk shoe but with a cap over the toe box. Can have decorative broguing along the stitch line.

The Monk shoe can come in a variety of appearances. It can be brogued, be decorated with a split toe, have a wingtip etc. All these decorative features can be applied to a monk shoe and still keep the characteristics.